Posted by jimandjuliabinney on August 16, 2020 in Uncategorized 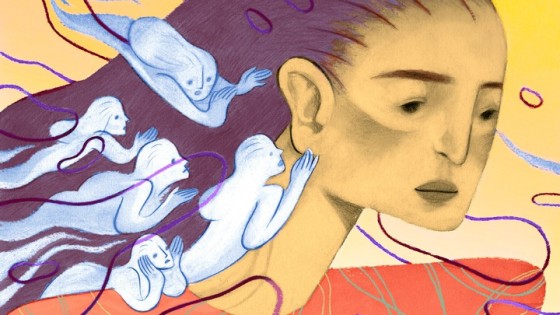 One of the joys of having been a Baptist Minister for more than 50 years is that every now and then I get letters or emails or phone calls from people that I have been able to help in times past. This week I had a letter from a chap called Craig who wrote to thank me for praying for him 37 years ago when I was the Senior Minister at Teddington Baptist Church and he was a student studying at nearby St Mary’s College in Twickenham. He was deeply sorry not to have got around to thanking me until now, but better late than never.

From about the age of nine Craig had suffered from terrible nightmares which all started when his cousins came round to his house and called up the spirit of a deceased lady. From that day on he experienced an evil presence in his room and that is when the nightmares began. By the time he was studying for a degree at St Mary’s the nightmares had got worse and he dreaded going to sleep at night. At that time he was attending a Christian Fellowship in Twickenham and some of the members suggested that he came to see me for healing. He says, ‘I can still remember you placing your hands on my head and praying for healing. When I went back to my college room I experienced a wonderful peace and all fear of going to sleep had left me, and from that day until now I have had no nightmares and if I ever wake up in the night and sense evil near, I simply ask Jesus to be with me and the evil presence departs.’ Of course all I did was pray for him … it was God who delivered him and set him free. As Jesus himself said on one occasion, ‘If the Son sets you free, you are free indeed’ (John 8:36)!

In 1 Samuel 28:3-25 there is an intriguing story involving King Saul and a medium who lived at a place called Endor. The Bible says she called up the spirit of Samuel who spoke to Saul about his upcoming death. The fact is that Saul did die the next day. It has been debated as to whether it was really Samuel who spoke to Saul rather than some demonic spirit, or some trick on behalf of the medium. If it was Samuel, there is also the questions of why and how he was allowed to appear. There are many unanswered questions that surround this episode. Whatever the case may be, this story does not give any basis for the living to attempt to contact the dead. The fate of Saul gives further testimony of the bad things that happen when people attempt to contact those in the spirit world rather than the true and living God.

Craig’s letter, however, got me thinking about the mess we get ourselves into by listening to the voices of dead people. I’m not just thinking about attending seances and calling up the spirits of dead people (which the Bible explicitly warns us against doing) but the way in which we allow voices from the past – long dead voices oftentimes – to continue to cripple us in the present. Now I know that some of us suffer from the abusive behaviour of living people: the school bully, the obnoxious boss or colleague at work, the difficult neighbour, the domineering parent at home, the authoritarian leader in church. Others of us have suffered from the negative influence of family or friends. I recently had a long discussion with a young man who held the most awful racist, fascist, hate-filled views. Rather than argue with him I asked him where all this vitriol came from, and eventually he confessed that he was simply repeating his own father’s views. I was then able to intelligently challenge some of these views from an informed place.

To some degree I can understand why people are affected by the voices of the living because they are there – constantly in our faces so to speak – whether that be in our homes or at work or in the church or via the media. What I don’t understand is why we continue to listen to dead voices long after the people concerned are gone from this life. Of course there are always those ‘Heroes of Faith’ who, like Abel, ‘still speak [positively into our lives] even though dead’ (Hebrews 11:4), and I am not saying that we shouldn’t still hear their voices encouraging us on. I think particularly of the late Rev Ernest Forward (my first Pastor at Greenford Baptist Church) whose words and wisdom I still value to this day. But how come so many of us are still influenced by the negative voices from the past that damaged us then and still hold us back today even though they are no longer with us? The domineering father, the demanding mother, the bullying brother, the abusive boss, the intimidating church leader, and so on. I think of a woman I know whose spiritual growth has been warped and stunted because she remains dominated by her father even though he died many years ago. I think of a church, where the Deacons’ Vestry (and the Deacons themselves) is dominated by a large oil painting of a former Minister (who also died years ago) and every decision is coloured by the question, ‘Would Mr So and So have approved of this or not?’

Personally, I owe a lot to my own father. I still miss him, wish I had spent more time with him when he was alive, and often long that I could talk to him now about so many things. He died some 50 years ago now. I am an only child and my father desperately wanted me to succeed in life (where he felt he himself had failed). He put colossal pressure on me to do well at school, etc., all of which had a detrimental effect on me so that I achieved the opposite of what he wanted. For many years, even after his death, I felt myself cowed by his approach, held back in a number of ways, too conscious of what other people thought about me (or rather, what I thought other people might be thinking about me). I was listening to a dead voice!

Two things happened to change all this. Firstly, I suddenly realised one day that it didn’t really matter what other people thought about me as long as God approved of what I was and what I was doing. There is only one voice that really matters. Jesus said, ‘My sheep listen to my voice; I know them, and they follow me. I give them eternal life, and they shall never perish; no one will snatch them out of my hand’ (John 10:27,28). And secondly, one day in a prayer meeting of all places, I suddenly realised that I had to forgive my father (even though he had died years before) for all the unnecessary pressure he had put on me over the years. As Jesus himself once poignantly said: ‘Forgive them … they didn’t know what they were doing!’ (Luke 23:34). So right there and then I did just that. I forgave my father. I stopped listening to that particular dead voice … and as a result I started to flourish in a whole variety of ways.

Speak, Lord, in the stillness
while I wait on Thee;
hushed my heart to listen
in expectancy.

Speak, O blessed Master,
in this quiet hour;
let me see your face, Lord,
feel your touch of power.

For the words You speak, Lord,
they are life indeed;
living bread from heaven,
now my spirit feed!

All to You is yielded,
I am not my own;
blissful, glad surrender,
I am yours alone.

Fill me with the knowledge
of your glorious will;
all your own good pleasure
in your child fulfil.