MEMORIES (Views from the Abbey 10)

Posted by jimandjuliabinney on November 6, 2019 in Uncategorized 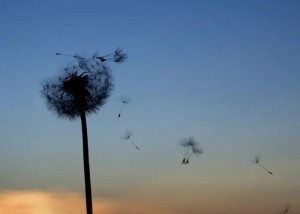 According to Ken Galbraith, a Canadian economist (1908-2006), ‘nothing is so admirable in politics as a short memory.’ Memories appear to have indeed been alarmingly short in politics of late, but I am not sure it can ever be described as admirable! As a race, we humans so easily fall into the trap of forgetting our history. This is to our peril as we are in danger of not learning the lessons of the past and risk making the same mistakes over and over again. The writer Tobias Stone argued that most peoples’ perspective of history is limited to the experience communicated by their parents and grandparents, so 50-100 years. His theory acts as a warning: ‘without making the effort to remember, new demagogues will rise, votes will be extinguished, wars will break out. And new walls will be built.’ Evidently, science supports this hypothesis. The ecologist, biologist and mathematician Peter Turchin has pioneered the study of cliodynamics that looks for meaningful patterns in history. According to his recent study of US history, periods of violent, chaotic unrest, including major wars, were the inevitable result of a 50-year cycle that peaks every other generation. Several other historians have also found that going to war, voting for tyrants and exterminating each other happens in tragically predictable cycles. As Jo Ellison commented in a recent article in the Financial Times, ‘becoming complacent about our past can have dark consequences.’

November is the month of Remembrance. Armistice Day on 11 November also known as Remembrance Day marks the day World War One ended, at 11am on the 11th day of the 11th month, in 1918. What began to mark the Armistice at the end of the first world war has been repeated every year since and on the nearest Sunday in acts of remembrance in communities and church services around the country. The anniversary is used to remember all the people who have died in wars – not just World War One.

Acts of Remembrance are not a glorification of war rather a remembrance of the horror of war and a determination that it will never happen again – ‘Lest We Forget.’ This phrase was first used in an 1897 poem written by Rudyard Kipling  called ‘Recessional’. The phrase occurs eight times; and is repeated at the end of the first four stanzas in order to add particular emphasis regarding the dangers of failing to remember.

‘God of our fathers, known of old,
Lord of our far-flung battle line,
Beneath whose awful hand we hold
Dominion over palm and pine—
Lord God of Hosts, be with us yet,
Lest we forget—lest we forget!’

The poem is often quoted in Remembrance services and is based on the biblical concept of ‘being careful not to forget’ from such verses as Deuteronomy 4:7-9: ‘What other nation is so great as to have their gods near them the way the Lord our God is near us whenever we pray to him? And what other nation is so great as to have such righteous decrees and laws as this body of laws I am setting before you today? Only be careful and watch yourselves closely so that you do not forget the things your eyes have seen or let them fade from your heart as long as you live. Teach them to your children and to their children after them.’ The point being made is that if a nation forgets the true source of its success (the “Lord God of Hosts” and his “ancient sacrifice” of “a humble and contrite heart”) – whatever it trusts in, such as material possessions and military power, will be grossly deficient in times of difficulty, hardship and war.

Our memories are certainly selective. Jim talks about having a good ‘forgetory’ rather than a good memory. But maybe for our peace of mind our memories need to be short. We tend to remember only the good times like the famous song from Cats illustrates: –

Memories light the corners of my mind
Misty water-coloured memories of the way we were…
Memories may be beautiful and yet
What’s too painful to remember
We simply choose to forget…
So it’s the laughter we will remember
Whenever we remember the way we were.

There are, however, some things we need to remember no matter how painful. So at this time of year we remember those who paid the ultimate sacrifice of the giving of their lives in war.  Jesus knew how easily we can forget. He gave us the Lord’s Supper, Communion, the Eucharist, whatever we choose to call it so that we will regularly remember his sacrifice on the cross for the sin of the world. ‘The Lord Jesus, on the night he was betrayed, took bread, and when he had given thanks, he broke it and said, ‘This is my body, which is for you; do this in remembrance of me.” In the same way, after supper he took the cup, saying, ‘This cup is the new covenant in my blood; do this, whenever you drink it, in remembrance of me’ (1 Corinthians 11:23-25).