LEST WE FORGET (Remembrance Sunday)

Posted by jimandjuliabinney on November 9, 2015 in Uncategorized 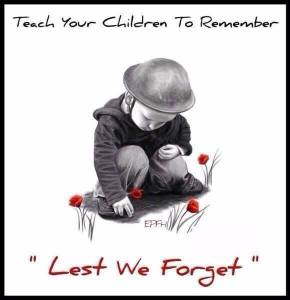 One of the benefits of not having been in pastoral charge of a church for the last five years is that, on Remembrance Sunday, Julia and I have been able to ‘play hooky’ from the church where we are now members, and attend the annual Remembrance Day Service on the seafront at Weymouth near to where we currently live. In some ways it is quite a formal occasion with the Mayor, local Councillors, various dignitaries, and members of the armed forces, police, emergency services, and representatives from key local charitable causes, all present. There is always a ‘march pass’ involving various youth organisations such as the Scouts, Guides, and Cadets … and of course the ‘veterans’ from the armed forces who have served King or Queen and country. At the heart of the occasion, however, is a short Religious Service incorporating Bible Readings, Hymns and Prayers … and the solemn two minute Act of Remembrance itself. The Mayor’s Chaplain leads the proceedings in a thoughtful and helpful way; the Salvation Army Band provide the music, somehow managing to combine both enthusiasm and sensitivity; and the poignant act of silent remembrance and laying of the various wreaths is always very moving. There are always hundreds of people present on this occasion, whatever the weather … and I will miss all this now that Julia is returning to the Pastorate.

One of the reasons why I love the Remembrance Sunday Service is because I spend a lot of my time remembering my late father. Remembrance Sunday was the only day in the year when he would attend any kind of ‘religious ceremony’ (apart from the odd ‘christening’, or wedding, or funeral). He never missed Remembrance Sunday at the War Memorial in my home town of Greenford in all the years I knew him. He was an ‘army man’ at heart. He was born at the end of the 19th century, ran away from home at the age of 14 and enlisted (lying about his age) and fought in France throughout the First World War. He never spoke about his time in the trenches but clearly remembered everything about it. Following the end of the First World War he stayed on in the army and served in India for a further 10 years. The only reason he left the army was because he was not allowed to stay in India, a country that he loved. This was fortunate for me because it was only after he returned to the UK that he met my mother, married … and I came along as a result!

On Remembrance Sunday I think about my father a lot. I confess that my thoughts are a strange mixture of gratitude and regret. My father died when I was 23 years of age, a student at Spurgeon’s College, training for the Baptist Ministry. I am thankful for my father’s love, support, sacrifice, and ambition for me. Both my parents gave up a lot to enable me to have a good education, trips abroad, play various sports at a reasonably high level, and so on. It is only in retrospect that I have realised how much they did for me. I have many regrets, however, as well. I did not appreciate my father as much as I should have done at the time. Neither did I spend as much time with him as I should have done. Partly this was due to the fact that I had become a Christian when I was 16 years of age, and the ethos of evangelical Christianity in those days was that you spent far too much time both ‘at church’ and being ‘holy’. I am sure that I am not the only Christian of my generation who regrets this ‘misuse’ of time today. Fortunately things have changed for the better nowadays, and we have learned that we can be just as committed to Jesus Christ without all the legalistic ‘add-ons’ of those days! These days I am far more ‘people-centred’. I have come to see that authentic Christianity is more about being ‘relational’ than being ‘institutional’. A genuine relationship with Jesus Christ and other people is far more important than maintaining all the legalistic, moralistic, institutional claptrap that damns so many church communities!

On Remembrance Sunday I also think about my children, my grandchildren, and the future generations. One of my Facebook Friends commented on her page on Remembrance Sunday evening that she had been to church that very morning … and that there had been absolutely no mention whatsoever of anything to do with ‘Remembrance Sunday’, the sacrifice of those who laid down their lives in either of the two ‘Great Wars’ (or any other war for that matter). There had been no mention of the national significance of the day or even prayers of intercession appropriate for what was going on in the nation elsewhere on this day? She (and several other correspondents) essentially thought that this was rather a good thing. Their reasoning seems to have been because of a perception that observing Remembrance Sunday only served to ‘romanticise’ and ‘glorify’ war and therefore there is a ‘question mark’ about whether it has any place in church at all? Now, I actually have some sympathy for this view … at least it has been ‘thought through’, and I certainly agree that some Remembrance Sunday Services can actually be quite ‘godless’ in the way she describes.

For me, however, ‘The answer to misuse is not disuse but proper use!’ A Remembrance Sunday Service does not have to ‘romanticise’ or ‘glorify’ war but, properly and sensitively conducted, can both comfort the sad and the sorrowing whilst at the same time challenge false conceptions and raise important issues in a thoughtful and intelligent way. Things like the place of ‘self-sacrifice’, the ‘folly of war’, the importance of being a ‘people of peace’, and so on, need to be talked about within the church community. Sadly, the reality is that in many churches Remembrance Sunday is often the only day in the year when these kind of ‘where the rubber hits the road issues’ are even raised? At least my Facebook Friend who has ‘reservations’ about churches ‘doing’ Remembrance Sunday has thought about it … quite a number of churches I know of today either ‘don’t do’ Remembrance Sunday, or only incorporate a brief reference to it, not because they have thought about it and have problems with it, but simply because they don’t consider it ‘relevant’ any more, and see it as ‘getting in the way’ of their usual way of worshipping on a Sunday?

I also think about my children, my grandchildren, and the future generations on Remembrance Sunday, because I think that it is vital that we continue to remember, to recall, the horrific events (as well as the bravery shown by many) of the 20th century. If we don’t study, and learn from, history we will only continue to make the same kind of mistakes for generation after generation! I was born in 1943, right at the end of the Second World War. I recall very little of it … although my earliest memory is of a ‘flying bomb’ falling on the nearby Glaxo factory in Greenford when I was a baby in my pram. I do recall ‘rationing’, however, and many of the other hardships and sadness of the war that lingered on long after the war had ended. I was brought up within a generation for whom the war remained a stark reality. And I was fortunate enough to grow up over a period of time in which we were constantly reminded, both at school and in church, of both the folly of war, the existence of evil … and the bravery of human beings in the face of such folly and evil! I want the younger generations to also learn about these things. To oppose the one and embrace the other … which is why we need to keep these things alive, pertinent, real in a positive, relevant, interesting and challenging way, in the hope that future generations will be able to change things for the better!

Above all I want people to learn the lesson that the way forward for us all is not by being selfish, grasping, treading on others in order to get somewhere ourselves, but by constantly remembering, by deliberately embracing the ‘full salvation’ that Jesus himself made possible for us all, and by following his example, in learning what it truly means to lay down our lives for others. As Jesus himself taught us, and embodied, ‘Greater love has no one than this: to lay down one’s life for one’s friends’ (John 15:13)!

November pierces with its bleak remembrance
Of all the bitterness and waste of war.
Our silence tries but fails to make a semblance
Of that lost peace they thought worth fighting for.
Our silence seethes instead with wraiths and whispers,
And all the restless rumour of new wars,
The shells are falling all around our vespers,
No moment is unscarred, there is no pause,
In every instant bloodied innocence
Falls to the weary earth ,and whilst we stand
Quiescence ends again in acquiescence,
And Abel’s blood still cries in every land
One silence only might redeem that blood
Only the silence of a dying God.