Posted by jimandjuliabinney on October 6, 2014 in Uncategorized 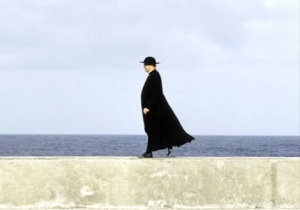 Beckenham Baptist Church (where Julia and I were the Pastors from 2004-2010) has a low brick wall, about two feet high, running the length of one side of the building, separating the pavement from a narrow strip of garden bordering the church car park. For generations this has been known as the ‘walking wall’ since small children – on the way to the Church Pre-School or the local Primary School – have climbed up and walked along it. Parents (and even some grandparents) have confessed to me that they too used to walk along it when they were little. A few fuddy-duddies in the church objected to this practice – the children will tread on the flowers, etc – and wanted the wall removed, but for the majority of us, seeing the children walking on the wall was a delight! During our time in Beckenham I had many a good conversation with parents, guardians or au-pairs which ensued as a result of a friendly response on my part to their children walking on the wall? Some of these conversations led to people actually opening up about their problems and needs, and even to some starting to attend our various organisations and Family Services.

I have to confess that as a youngster myself, I too really enjoyed walking on walls. When I was around nine or ten years of age we lived in the London suburb of Ealing. There was a large Methodist Church at the top of our road which had a high wall around three sides of it. My friends and I loved walking on this wall. The real challenge was to get right round the three sides without the church caretaker catching you – the back wall went right along the side of his house. I went back there a few years ago – to show Julia where I used to live – and I was severely tempted to go and walk round the wall once again?!

For a number of years now I have been concerned at the growing number of professing Christians I know, whose faith seems to crumble with the slightest knock or upset. They are ‘up’ one minute, and ‘down’ the next. Full of enthusiasm for short periods, only for that sudden burst of enthusiasm to dissipate into much longer periods of doubt and despair. Now I know that there are those who genuinely suffer from depressive illness and who fight a daily battle to stay on top of things – I am not speaking here of them. Neither am I thinking of those who have ‘honest doubts’ and who, like ‘Doubting’ Thomas, question things in the search for honest answers. We do, of course have to distinguish between what we might call ‘honest doubters’ – whose questioning is aimed at arriving eventually at the truth, and ‘dishonest doubters’ – those who simply are looking for excuses in order not to believe!?  I am thinking more of those who seem ruled by their emotions or feelings! Once again, I am not against showing emotion. As Christians it is good to be able to both laugh, and cry, on occasions. After all, it would be a poor marriage if that marriage contained no emotion whatsoever!?

My growing concern – and the problem seems to me to be worse these days – is the number of Christians who ‘live almost entirely on their feelings or emotions’. Everything depends on ‘if they feel good’ about themselves, or about life, or about church, or about worship, and so on. They are like the middle boy walking on the wall. Instead of keeping their eyes on the facts … they are all too often dwelling on, even driven by, their feelings. As long as they ‘feel’ God is near, or ‘feel’ they are loved, or ‘feel’ things are going swimmingly, or ‘feel’ that church is good at the moment, or ‘feel’ that the worship was amazing this Sunday, and so on … they are o.k. But when the ‘good feelings’ are no longer there … well, they and their ‘faith’ fall off the wall, and their ‘feelings’ fall off with them!?

Now ‘faith’ is a vital ingredient for each one of us – initially if we want to find God in a significant and meaningful way for ourselves personally, but also if we want to continue to know God in such a way and fulfil the rewarding plans and purposes that God has for each one of us in life! Jesus began his public ministry by calling people to repentance and faith – ‘the Kingdom of God is near! Repent of your sins and believe the Good News!’ (Mark 1:15). In many ways repentance and faith are the ‘head and tail’ of the same coin – you cannot really have one without the other. Biblically ‘repentance’ simply means ‘to stop, and then reverse direction’ rather than meaning that we have to ‘cringe’ before God or cover ourselves with sack cloth and ashes. It means to recognise that we are going in the wrong direction – away from God and his plans and purposes for us – and deliberately stop in our tracks, reverse direction, and start going God’s way! In much the same way, ‘faith’, according to the Bible, does not mean (as it often does in the English language) a sort of ‘hope for the best’, ‘fingers crossed’ approach, in terms of trusting a person or venturing into the future, but rather the New Testament word for ‘faith’ signifies ‘a confident trust that comes from knowing that our lives are held in the palm of God’s hand’!

Faith is essential for our salvation! When the Apostle Paul was supernaturally released from prison in Philippi – an event which shook his jailer to the very core of his being and caused him to cry out in desperation, ‘What must I do to be saved?’ (Acts 16:30) – Paul bluntly told him to ‘Believe in the Lord Jesus Christ and you will be saved!’ (Acts 16:31). In other words, ‘with confidence, put your trust (and your life) in the hands of the Lord Jesus Christ, who died and rose again for you, in order to secure your salvation’!

In much the same way, faith is essential for the Christian (and the church) if we are to continue to know God intimately and fulfil the plans and purposes he has for us in life! Jesus repeatedly exhorted and encouraged his disciples to continue in a life of faith – moment by moment trusting in God and in Jesus himself. One example of this is when Jesus, speaking to his disciples about the power of prayer, tells them that ‘Whatever you ask in prayer, you will receive, if you have faith’ (Mark 21:21,22). It is not so much the power of an isolated prayer that Jesus has in mind here, as the ongoing power of a prayerful life. Another example of the necessity of what we might call ‘a life of faithfulness’ rather than just ‘one off’ inspirational moments of faith, occurs when Jesus and his disciples are crossing the Sea of Galilee in a small fishing boat and a sudden violent storm breaks out (Mark 4:38-41). Despite the presence of Jesus in the boat the disciples panic, eliciting the response from Jesus, ‘Why are you so afraid – have you no faith?’ (v.40).

The problem of course, is not really an absence of faith but rather the direction of faith? Faith or trust is basically a very simple thing, and something we all demonstrate on a daily basis in one way or another – albeit that ‘faith’ being what we might call ‘human faith’ rather than the kind of confident faith or trust in a loving God described earlier. We trust in our family and friends, in the driver of the bus or train that takes us to work or the shops, in the doctor who prescribes medicine for us, in the bank who holds our account, and so on. When Jesus’ disciples, on one occasion, asked him to ‘increase their faith’ (Luke 17:5) he bluntly told them that they actually didn’t need more faith – ‘If you had faith as small as a mustard seed (the smallest known thing of the day), you could tell this mulberry tree to uproot itself and throw itself in the sea, and it would do just as you told it to’ (Luke 17:6)! The disciples problem was not that they didn’t have faith – even the small amount of faith they did have was sufficient to do amazing things – it was that they were not using it properly. They were looking inwards rather than looking to God!

What is important in life – especially the Christian Life – is to keep focussed of Jesus and the facts that are central to the Christian Faith and Life. When Jesus called Peter to get out of the boat and walk on the water towards him (Matthew 14:22-33) Peter was o.k. as long as he kept his eyes on Jesus. The moment he took his eyes off Jesus – and began to look at the wind and the waves and the fact that what he was doing just wasn’t logical – he began to sink! Now in fairness to Peter, he did far more walking than sinking! He had walked quite a way towards Jesus because when Peter began to sink, Jesus was able to reach out an grab him. Nevertheless, the point I am stressing here is that Peter was o.k. as long as he kept his eyes on Jesus! It was only as he did so that he was able to walk on the water of his circumstances!

I learned, a long time ago, that I wasn’t ‘saved’ because I ‘felt saved’ but because of the fact that Jesus had died on Calvary’s Cross for me, and risen from the dead for me … and for countless others who would turn in faith to him and put their trust and confidence, not in their feelings but, in Jesus Christ himself and his ‘finished work’ (John 19:30) on our behalf! God, in the Person of Jesus Christ, is always near – even when he doesn’t ‘feel’ near – because Jesus himself promised that he would ‘always be with us, right to the end of the age’ (Matthew 28:20). I know that I am never ‘out of my depth’ when it comes to anything God calls me to – not because I don’t ever feel ‘inadequate for the task’ (as I often do) but because (as the Apostle Paul discovered) ‘God’s grace is sufficient for my every need’ (2 Corinthians 12:9)! Even when I ‘screw up’ as a Christian I know that I can come back to God, and experience cleansing and restoration from him, because the Bible tells us that ‘God’s gifts and calling are irrevocable’ (Romans 11:29)! And so I could go on … the point being that we need to constantly look to the facts – what God has done for us in Jesus Christ, what the Bible repeatedly promises us – not to our feelings. Time we learned how to walk on walls!