Posted by jimandjuliabinney on October 26, 2013 in Uncategorized 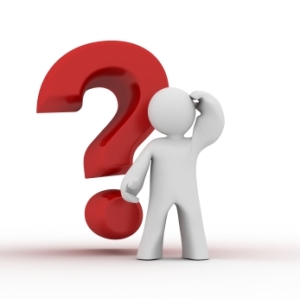 Back in the 1960s, whilst a student at Spurgeon’s College, I was privileged to study under the Rev Dr George Beasley-Murray. At that time George marked papers for London University. One day he told us that he had received a paper to mark and discovered that the only thing written on the said paper – apart from the student’s name and the question – was ‘God knows the answer … I don’t!’. ‘How did you respond?’  we asked. He told us that he wrote on the bottom of the paper, ‘God 100% … you, nothing!’

I was reminded of this incident when I arrived back from our extended summer getaway in France this year to find a number of academic papers for marking awaiting me. I ought to explain at this point that in ‘retirement’ one of the numerous activities that I have taken on is being a Distance Learning Tutor for Spurgeon’s College tutoring a couple of modules to do with ‘preaching’ and being second marker in another. The essays I received were mostly pretty poor I have to say. Essentially this was because in virtually every case the students in question had somehow failed to actually correctly read the question they had been asked to answer?! This is not the first time this has happened. New students in particular are often so keen to get on with answering the question posed that they don’t take time to actually read and think about the question they are actually being asked? They often see a ‘buzz word’ in the question – ‘suffering’, ‘judgment’ and ‘repentance’ are some examples of this – and off they go committing to paper everything they think they know on the ‘buzz word’ though the various questions never ask for exhaustive comments but only for particular specifics.

One student – asked to select a specific theme from certain units in the module, to prepare a sermon outline from a particular passage of scripture, and then show how he/she moved from the text to the sermon – chose the theme of ‘suffering’ and wrote a whole treatise on ‘suffering’ ignoring the heart of the question completely. All that the Bible has to say to us about ‘suffering’ summed up in 2,000 words! Really? Another student presented an essay on ‘Judgment and Hope’. Once again it was supposed to incorporate a sermon outline, be based on a specific passage of scripture, and show how he/she moved from the biblical text to the actual sermon. There was a lot about ‘judgment’ in the essay, and we never actually got to ‘hope’ (despite the fact that the biblical prophets have a lot to say about ‘hope’ despite the repeated failure of God’s OT people). This particular essay concluded with a strong statement that a clear sign that today’s Church was under God’s judgment was the number of Christian women who went out to work instead of staying home, looking after their husband and children, and obeying their husband in everything! Really?

Of course it is not just those who are new to academic study who make this kind of mistake. I have a friend who is a PhD who once misread just one word in an exam and as a result he got the entire question completely wrong. His examiners told him afterwards that he had in fact written a brilliant essay. It was, to quote the chief examiner, ‘the best answer to the wrong question that they had ever read!’ Nevertheless it was the wrong answer?! It just goes to show that even the more experienced of us, those who have been on the road for a long time, can still get things terribly wrong at times.

In the Gospels we find that Jesus asked people questions, and that these questions were often quite penetrating and needed thinking about before answering. Probably the most striking of these occasions was when Jesus, whilst on is way to the villages around Caesarea Philippi with his disciples, casually asks them, ‘Who do people say I am?’ (Mark 8:27). The disciples tell Jesus that there are a number of opinions: ‘Some say John the Baptist; others say Elijah; and still others, one of the prophets’ (Mark 8:28). Rather than enter into a pointless discussion on the various reasons why various people suggest that Jesus is a ‘reincarnation’ of one or other of these people, Jesus cuts to the quick: ‘But what about you? Who do you say I am?’ (Mark 8:29). This is a key question, not only for Jesus’ first disciples but for all of us down through the generations? What do we make of Jesus? What place do we give him in our lives? It is in our answer to this question that everything else hinges!

Matthew tells us (in his account of the incident) that Peter – presumably voicing the opinion of all the disciples – replies ‘You are the Christ, the Son of the living God!’ (Matthew 16:16). This was much more that an academic answer to a cutting edge question. For Peter and the others this was a ‘kairos moment’ – a moment of divine revelation when all the pieces that had been gathering in the hearts and minds of the disciples suddenly all fell into place. A life-changing confession of faith in Jesus after which none of them could ever be the same again! No wonder Jesus responds to Peter’s confession: ‘Blessed are you … for this was not revealed to you by flesh and blood, but by my Father in heaven’ (Matthew 16:17). For Peter, and the others, the right answer took them to a new place in God and a new purpose in life!

There was much more that Peter and the others had to take on board. This experience was simply another step in the journey – albeit a significant step. Peter and the others (with the exception of Judas Iscariot) were in time to go on and seek to answer the questions of others concerning the human dilemma, our need of salvation, the meaning and purpose of life, and so on, by pointing men and women to Jesus Christ. And our responsibility today as Christians is to do much the same. But, in order to helpfully answer people’s questions, we need firstly to listen to what they are actually asking and not simply ‘go off on one’ carried away by our evangelistic zeal!?

Quite frequently in the Gospels we see Jesus delving deeper than the initial questions people asked him in order to answer the real questions that people were actually wanting answers to. A classic example of this is Jesus’ conversation with the Samaritan woman by Jacob’s Well (John 4:1-26) where the woman in question raises all kinds of questions – Jewish-Samaritan relationships, the technicalities of drawing water from the well, the respective merits of Jacob and Jesus, marital relationships, the proper place to worship, and so on – whereas what she really wanted to know was how could she be saved from the sin and shame and unholy mess she had managed to get herself in? Jesus winsomely cuts through all of her flannel in order to give her the life-changing answer she needs to hear: ‘Very truly I tell you, whoever hears my word and believes him who has sent me has eternal life and will not be judged but has crossed over from life to death’ (John 4:24).

When Julia has been to the hairdressers, or enters the room wearing a new dress, or has cooked yet another excellent meal she often asks me what I think. I always genuinely answer in the affirmative: ‘Your hair looks great!’ ‘You look lovely in that dress!’ ‘The meal was marvellous!’ Inevitably she will respond: ‘The right answer!’ Lets make sure that when Jesus asks us a key question, or people ask us for our opinion, advice or help, that we too always come up with the right answer!

What think you of Christ? is the test
To try both your state and your scheme;
You cannot be right in the rest,
Unless you think rightly of him.
As Jesus appears in your view,
As he is beloved or not;
So God is disposed to you,
And mercy or wrath are your lot.

Some take him a creature to be,
A man, or an angel at most;
Sure these have not feelings like me,
Nor know themselves wretched and lost:
So guilty, so helpless, am I,
I durst not confide in his blood,
Nor on his protection rely,
Unless I were sure he is God.

Some call him a Saviour, in word,
But mix their own works with his plan;
And hope he his help will afford,
When they have done all that they can:
If doings prove rather too light
(A little, they own, they may fail)
They purpose to make up full weight,
By casting his name in the scale.

Some style him the pearl of great price,
And say he’s the fountain of joys;
Yet feed upon folly and vice,
And cleave to the world and its toys:
Like Judas, the Saviour they kiss,
And, while they salute him, betray;
Ah! what will profession like this
Avail in his terrible day?

If asked what of Jesus I think?
Though still my best thoughts are but poor;
I say, he’s my meat and my drink,
My life, and my strength, and my store,
My Shepherd, my Husband, my Friend,
My Saviour from sin and from thrall;
My hope from beginning to end,
My Portion, my Lord, and my All.

← BLESSED WITH A GOOD FORGETTERY
THREE SCORE YEARS AND … THEN? →