Posted by jimandjuliabinney on January 12, 2013 in Uncategorized 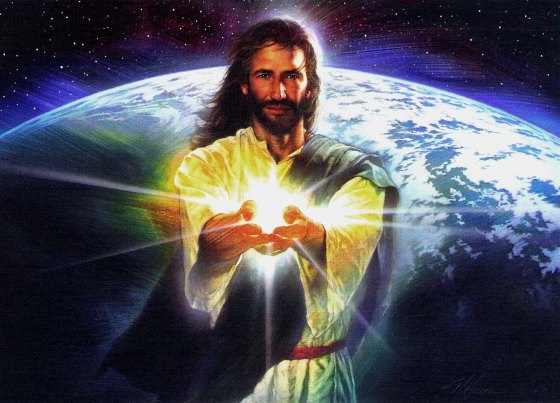 Jesus, the Light of the World

A Pastor accepted a call to a certain Baptist Church in a country town in the Midlands. The buildings dated from Georgian times and the chapel was somewhat dingy, being lit only by an ancient electric central candelabra arrangement. When the Church Secretary telephoned the new Pastor prior to his arrival, to ask if there was anything he wanted doing in the church, the Pastor asked them to buy a new chandelier. When the Pastor arrived a few weeks later, however, nothing had changed, so he asked about the new chandelier. ‘Well …’ said the Church Secretary, ‘firstly, no one in the church could spell ‘chandelier’ so we couldn’t order one! Secondly, even if we managed to get hold of one, there is no one here who could play it! And thirdly … what this church really needs is more light!’

On Sunday the 6th January we celebrated the Feast of Epiphany – the revelation of God Incarnate in the Person of the Infant Jesus, to the Magi, or Wise Men, or Kings from the East. ‘Epiphany’ comes from the Greek epiphainō which means either ‘to give light’ or ‘to make visible’ (looking at it from God’s point of view) or ‘to be enlightened’ or ‘to have light shed on our darkness’ (looking at it from the human point of view). Now the Feast of the Epiphany is both the end of Christmas and the beginning of the Church’s Epiphany Season which she keeps until the Feast of the Presentation (or Candlemas), on the 2nd February. On the Sundays of this Epiphany season it is traditional to move from this first great ‘epiphany’ or manifestation of God’s presence and glory to the Gentiles, to contemplate the other ‘epiphanies’ that mark the beginning of Christ’s Ministry.

For a number of years now I have been an advocate of following the Church Year. If I were to ever return to the ministry I would certainly seek to do this in the church that called me to be their Pastor. We need breadth as well as depth in our preaching programme in church life. Depth comes from opening up the Scriptures in the power of the Holy Spirit in an intelligent, interesting and applied way. Breadth comes from making sure that we preachers cover ‘the whole counsel of God’ (Acts 20:27), and we do this not only by preaching through the whole Bible but also by making sure that we regularly cover the major Christian Festivals and Seasons. Of course preaching alone will not do it! We need to accompany the preaching-teaching programme of the church with daily notes and an efficient small group system within the church where this preaching-teaching is followed through in a meaningful way. The Sunday preaching-teaching is a start, however.

As far as the preaching goes, in order to achieve breadth as well as depth, we need to make best use of the key days in the Church Year such as Christmas, Epiphany, Palm Sunday, Maundy Thursday, Good Friday, Easter Sunday, Ascension, Pentecost Sunday and Trinity Sunday. But we also need to make best use of the Seasons in the Church Year such as Advent, Epiphany, Lent, Easter, Pentecost, and so on. You may think it strange for a Baptist Minister to advocate following the Church Year in this way, but for some years now I have felt that we Baptist Christians have missed a trick or two here. We rightly claim to have a love of the Bible coupled with a desire to open up its teaching for others, but all too often the depth has not been accompanied by the breadth, which has limited the effectiveness of our preaching.

The Season of Epiphany is a classic example for me because it presents us with an opportunity to spend a few weeks exploring the whole concept of ‘epiphanies’ – the way in which God reveals himself to us, the way in which he suddenly breaks into our darkness and confusion. This encourages us all to realise that none of us is beyond the pale, and no situation is hopeless. At any given moment God can break into our situation and reveal himself to us in a new way. We should not be surprised at this because the Apostle John tells, us in the Prologue to the Fourth Gospel that bears his name, that in the Person of Jesus Christ ‘the true light, which enlightens everyone, came into the world’ (John 1:9).

Thus in the Epiphany Story itself (Matthew 2:1-11) we are reminded that God revealed himself to the Magi – Zoroastrian Priests, members of a false religion, people fascinated by astrology and fortune telling – who nevertheless were seeking to walk in the limited light they had received in order to find the Living God for themselves?! As far as we can tell they were genuine ‘God-seekers’ and God honoured that. He gave these ‘star gazers’ the brightest star of all to follow – a star that eventually led them to an even brighter light in the Person of Jesus, the Incarnate Son of God! What we see here, amongst many other things, is that the Gospel contains hope even for heretics?!

In much the same way the various other ‘epiphanies’ that occur during the early ministry of Jesus himself can be profitably explored in a way that enlightens our minds and warms our hearts. Heaven’s opening at Jesus’ baptism (Matthew 3:13-17), the anointing of the Holy Spirit, the voice of God the Father from heaven, were all confirmations to Jesus himself no less, that he was indeed the Son of God, the promised Saviour. The calling of Jesus’ disciples, especially the ‘epiphany moment’ granted to Nathanael (John 1:43-51) in which Nathanael receives the assurance that God already knows all about him and loves him just the same. The first of Jesus’ miracles, the ‘signs whereby he revealed his glory’ (John 2:11) at the Wedding in Cana in Galilee, which brought joy to a dull party and imparted faith into the hearts of disciples. All of these ‘epiphanies’ contain inspirational, encouraging, and faith imparting truth that bless and help us. They are so much more worthy of our prayerful consideration than the ‘You suck, try harder!’ exhortations that one hears so often today from many pulpits!

Light of the world
shine your light into my heart
God of love,
pierce my soul with your mercy