Posted by jimandjuliabinney on November 5, 2012 in Uncategorized 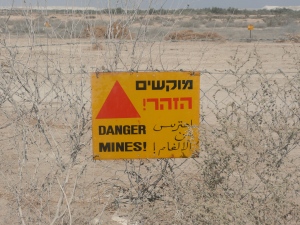 It is early morning and I am sitting in the kitchen, drinking coffee and eating ‘first breakfast’ (readers of The Lord of the Rings will understand). The rest of our household are still all asleep – even Reggie Doggie! I am watching the rain absolutely pouring down outside. It is such a contrast to the weather we enjoyed in the Holy Land – wall to wall sunshine for the whole month. There is a ‘river’ flowing down the street outside the front of our cottage, and the stream at the bottom of our garden has overflowed and our back garden is flooded again. New readers to our blogs need not worry, however. The road outside the front of our cottage regularly turns into a ‘river’ when it rains torrentially like it has been raining here all night, and our back garden regularly turns into a lake – more so this year because it has been so wet in the UK and the water table is extremely high. We ourselves are quite safe, however. Our cottage is stone built, raised up on a mound well away from the stream, and has been here for several hundred years. We have plenty of food in the house even if getting out and about may be a little difficult for a day or two if the rain continues.

As I sit here watching the torrential rain and the flooding, I find myself reflecting on our sabbatical time in Israel-Palestine once again. Admittedly my initial thoughts are to do with the contrast in weather, but I suddenly find myself thinking about baptism. It is the ever growing ‘lake’ or ‘baptismal pool’ that is in our garden rather than the incessant ‘pouring’, that triggers this off you will understand!? I find myself thinking about two baptismal sites on the River Jordan we visited while we were there.

The Yardenit Baptismal Site is the site that most of the tourists are taken to. It is very commercialised and it is very crowded the day our group go there. The visitors centre is run by the nearby Kibbutz Kinneret and includes a souvenir shop, a restaurant, showers, changing rooms and several baptismal pools. There is no charge for entering the site but you have to wear a baptismal robe in order to be baptised … and these can be purchased from the shop of course?! There are lots of people getting baptised, and there appears to be a lot of self-baptising going on as well?! I see one young woman standing in the River Jordan, repeatedly crossing herself, muttering a short prayer, holding her nose, and then plunging herself under the water. She does this again and again and again. Is this a new kind of ‘baptismal formula’ I wonder? Last time I was here I stopped to talk to a couple who had just been baptised and were on their way back to the changing rooms. They told me they were Southern Baptists from the USA. I asked them if this was the first time they had been baptised. ‘Oh no!’ they replied, ‘We come to Israel every other year and this is the fifth time we have been baptised!’ I asked them what they thought this had to say about their theology of baptism? They looked at me blankly!

The Qasr el-Yahud Baptismal Site is considered more authentic, but until recently it has not been easy to get to. It is situated further down the River Jordan and is actually on the border between Israel and Jordan. It was closed for many years after the Six Day War – a fact that led to the Kibbutz Kinneret developing the Yardenit Baptismal Site into the commercial success that it has become. It is still not easy to get to and our minibus has to turn down a long narrow road, through an Israeli Check Point, and through a mine field – yes, you read it correctly, through a mine field – in order to get to the Baptismal Site! The River Jordan is very narrow here – Jordan itself is literally only a dozen yards away across the river. Indeed it is suggested that this is not only the place where Jesus was baptised, but the place where the people of Israel crossed over the River Jordan into the land of Canaan when they finally completed their wilderness wanderings (Joshua 3). There are baptismal sites on both sides of the river here with people being baptised in both sites – they literally meet each other in the middle of the river. There are armed Israeli soldiers on our side of the river, and armed Jordanian soldiers on the other side of the river making sure that no one illegally crosses into either country disguised as a ‘baptismal candidate’. It is less crowded than the Yardenit Baptismal Site, and the baptisms that are going on seem more ‘civilised’ somehow … despite the large notices warning baptismal candidates not to trespass into the mine field!

As I sit looking out of our kitchen window at the pouring rain and the by now quite large ‘baptismal pool’ that is continuing to slowly but surely take over our back garden, I find myself reflecting on both the incongruity and the prophetic symbolism of having a baptismal site right next to a mine field!? In the New Testament Christian baptism was seen as the ‘rite of passage’ whereby a man or a woman confessed their faith in, and commitment to, Jesus Christ as Lord and Saviour. On the Day of Pentecost 3,000 people responded to Peter’s exhortation to ‘repent and be baptised’ and were immediately baptised in the ceremonial cleansing pools surrounding the great steps that led to the Temple complex. Baptism in the embryonic Christian Church of those days was for those who had reached the age of maturity where they were capable of knowing what they were committing themselves to (Acts 2:37-39). In this same passage Peter links two baptisms – baptism in water and baptism with the Holy Spirit – when he promises those who do repent and are baptised ‘the gift of the Holy Spirit’ (Acts 2:37-39). Jesus himself promised his disciples – every disciple – that they would be ‘baptised with the Holy Spirit’ (Acts 1:5) and went on to define this ‘baptism’ as a baptism of ‘power’ (Acts 1:8)! Clearly in the New Testament, commitment to Christ, baptism in water, and being filled with the Holy Spirit are all closely connected, both in time and in experience. Interestingly, the Greek word for ‘power’ used here in Acts 1:8 is ‘dunamis’ – a word from which we get our English words ‘dynamic’, ‘dynamo’ and ‘dynamite’! I find myself thinking about the events that marked my own embryonic Christian experience – more than 50 years ago now – my conversion, my baptism, my experience of being filled with the Holy Spirit! I find myself asking myself the question, ‘Is my faith and Christian witness as dynamic today as it was then?’ Perhaps having a baptismal site next door to a mine field is not so incongruous after all?